3D Printed homes: Are they the future?

3D printing has been everybody’s topic of conversation for the last few years. From building toys to functional prosthetics, it seems there’s nothing that 3D printing can’t do. And of course, the construction sector is the same. There’s a constant influx of news regarding the way 3D printing is revolutionizing the sector, and more and more companies are dedicated to innovate through the use of this technology.

What is 3D printing?

How is 3D printing applied to construction?

What are the advantages of 3D printing in construction?

What does the future of 3D printing look like? 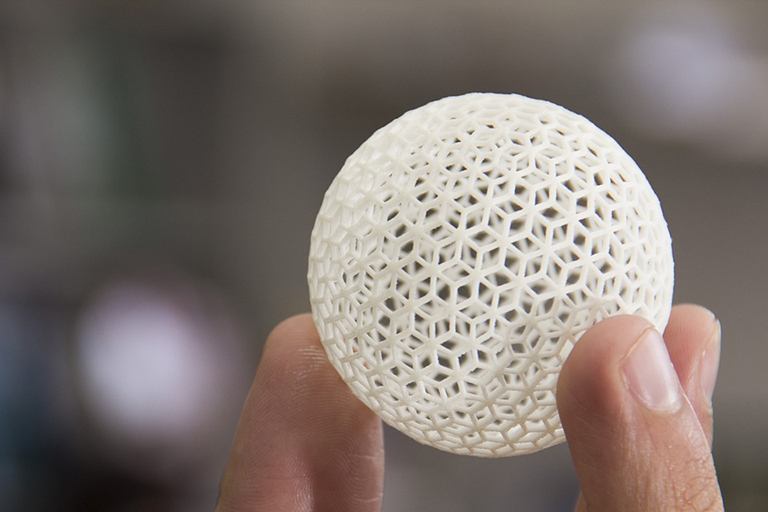 What is 3D printing?

3D printing, also called additive manufacturing, consists of adding layers of material on material until the desired object is obtained. Before printing something, it is necessary to create a 3D model using a computer program, or buy one that is already manufactured.

As innovative as it seems, 3D printing began in the 80s with Charles Hull, and until the end of the century, the evolution of this technology was slow; it was too expensive to be thoroughly investigated, and there were not many people who could allocate funds for it. The year 1999 stands out as the year in which the first printed organ in 3D was implanted in a human being, which marks the beginning of a great decade for the history of 3D printing in medicine.

However, it was not until 2005 that 3D printing had the chance to reach the whole world. With the RepRap project, 3D printing became an open source initiative, which made this technology much more accessible to the general public.

Today, the price of 3D printing has been drastically reduced; anyone can have a machine at home, and technology has advanced so much that, among other things, it can be used to reduce costs and time in the construction of houses. 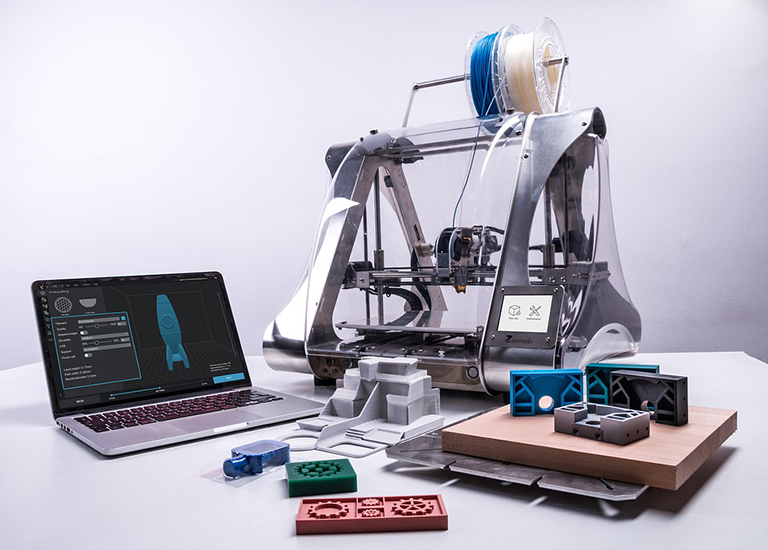 How is 3D printing applied to construction?

In construction, 3D printing is used both to create individual components and to “print” entire buildings. Normally the machines employed use concrete as material, although they can use other materials.

The way of printing buildings varies from constructor to constructor; there are companies that install rails and a robotic arm, while others employ more mobile constructions to ensure better flexibility.

Today, 3D technology can’t do everything; the windows, electricity and plumbing of a house need to be installed separately. However, with the rapid evolution of this technology, it is very possible that this will change in the not too distant future. 3D printing technology companies keep growing and innovating, and the applications seem to be endless.

It is estimated that the scope of this sector will exceed 40 billion dollars in 2027. 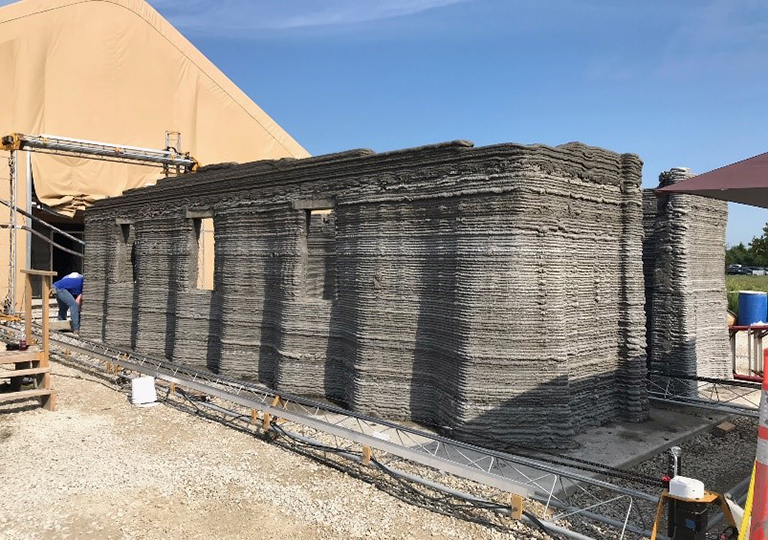 What are the advantages of 3D printing in construction?

One of the main advantages of this type of construction is that the costs, both in terms of money and time, can be reduced by up to 35%. Besides, this construction model is far more sustainable, since it produces much less waste than traditional construction.

Since it removes the activity on scaffolding thanks to the performance of the machines, the occupational risks are greatly reduced.

The fact that 3D printing has advanced as an open source movement is another great advantage; the designs can be shared more easily, which democratizes the construction sector. And additionally, pieces of street furniture can be created in any shape and with any design, since the machines allow a lot of flexibility. 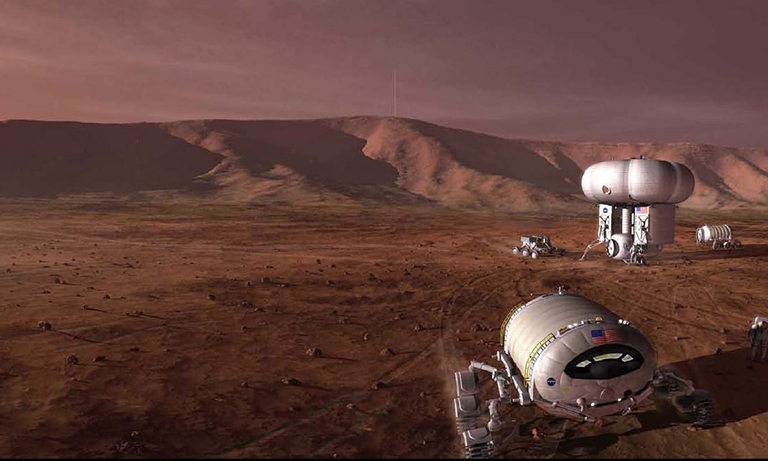 What does the future of 3D printing look like?

Right now, the limits of 3D printing in construction depend mainly on the materials used and the scale at which things can be built. Right now, either prefabricated pieces are created to be assembled, or very large machines are needed to be able to print massively.

To solve this, there’s people working on a project with small robots that collaborate together and are capable of building on a larger scale. If this works, these little robots could be sent to Mars to create colonies there.

There may be some concern for the future of construction workers in all this, but it is not necessary; there are many occupations in the world of construction that can’t be done by robots, such as the roofing of houses. Besides, the construction world tends to have many unpredictable situations, and robots rarely know how to improvise.

In Spain, 3D construction is growing quickly; for example, recently the National Archaeological Museum and Acciona reproduced a cultural architectural piece through 3D printing, being pioneers in this technique.

Liking innovation as much as we do, at Inmokea we want to be the first to put 3D printed houses for sale when they arrive to Torrevieja. Until then, why don’t you take a look at our selection of new construction buildings? It is not 3D construction, but it is good, sustainable, and with the best purchase conditions.